My friend Karen and I had the distinct pleasure of showing Lettie some good old southern hospitality Saturday. Lettie is from Hawaii and had come to North Carolina with her husband so he could have surgery at a nearby hospital. I found her blog while browsing blogland earlier in the week and found that she was spending her time between the hospital and her hotel. I replied and offered to come and take her for lunch and go quilt shopping and she took me up on it. My friend Karen was coming to visit me from Virginia so I asked her if she would like to do this and she readily agreed.

I told Lettie about my friend Karen and that we were both members of the HGTV Quilting and Needlework Forum. She told me that she was a member there too but did not really take part in the conversation. I told her what my and Karen's boardnames were and she recognized them right off. It really is a small world sometimes.

Lettis told us they did not have Olive Gardens in Hawaii so we took her there for lunch. We had a fabulous 2 hour luncheon! Talk came as easily as if we had been friends for years. We finished our lunch off with a fabulous Lemon Creme Cake! We all 3 split a piece but I believe if we had not been so full we all could have eaten a whole piece by ourselves.

After lunch we took off to a quilt shop on the far side of town. Wish Upon A Quilt had some fabulous fabrics and we all 3 found plenty to bring home. We headed over to our local JoAnn's from there because Lettie said they did not have a JoAnn's either. They have the Ben Franklin Stores and most likely are similar. JoAnn's has done a complete facelift of their store and it was really busy. Lettie found several fabrics to take back with her and got a number to stand in line. Her number was 82 and they were only at 54 at that time! I had never seen it so busy! But we waited it out and Lettie was happy with her purchases as we got in the truck to take her back to the hotel.

It was 6 p.m. by now and we all were really tired. I thought I knew a shorter way to get back to her hotel and we wound up getting lost. LOL We were back on the other side of town when all was said and done and I found myself in a little bit of distress as to which lane I needed to be in to exit onto the interstate. We were trying to get someone's attention in the car next to us and they were holding their hands up like, I can't hear you. I thought, duh, you can't hear me because your window is up. They finally rolled their window down and after I asked them which lane was the inner belt line they said their lane. So they allowed us in front of them but when I got closer to the exit ramp I saw what the signs said. There is an inner and outer beltline and I was afraid I was really in the wrong lane. I was sitting at a red light so I called my husband and he confirmed I was so I had to get back over where I originally was. The traffic was horrific but thank goodness there was a car lagging back so we were able to get over easily. We were all 3 laughing by now but we were just glad when we finally found the hotel again. We said our goodbyes and Karen and I proceeded to go home.

We only got a short distance from the hotel and my truck made a really high pitched shrieking noise. I pulled over to the curb and we both got out and I called 911. They sent the law who didn't really help so we got back in and headed home. It never made the sound again but Miss Silverado is headed to town today to the truck-spital.

We had to stop at Michaels for my hubby and then stop and get some supper to take home so it was 9 p.m. when we pulled in to my driveway. It was a long day but a very good day! Any day you can meet up with such wonderful people and share a day of fellowship is always a pleasure! I hope to be able to see Lettie again in the future. I don't want the same reason to bring her to NC but I do hope she gets to come back! 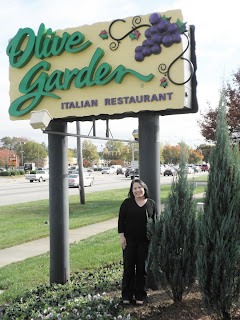 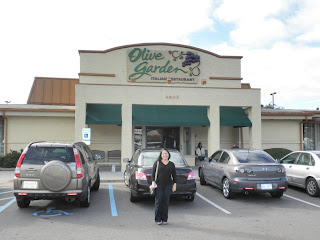 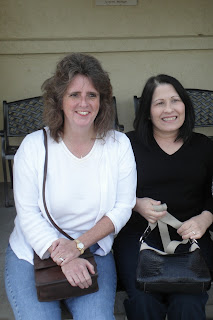 I hope Miss Silverado recovers quickly from her ordeal and gets good treatment in the Truck Hospital LOL
And I feel a pang of jealousy....going to MICHEALS!!!
I wish we had her a Micheals or AC Moore, Or Jo-Ann's
Thats always on top of my wishing list when I am over at the USA!

Oh my, Thearica, I had no idea about your truck woes. I hope you got it all sorted out and Mz. Silverado is feeling all better now. I enjoyed reading your play by play of our fun day together. Thank you from the bottom of my heart for your hospitality and I hope to return the favor one day soon. We are back in Hawaii and are currently in jet lag recovery mode. Would you believe that the airlines called us at 6:00am to notify us that they cancelled our flight out of Raleigh? We had to do a mad dash to the airport to catch a flight that left 2 hours earlier than the one originally booked. What a crazy morning it was with all that heavy fog too. After being in the air for 12 hours, we were happy to finally be home. Thanks again to you and Karen for showing this gal a great time, one that I will never forget.
Aloha!
P.S. I told you I take horrific pictures and these pictures prove it! rofl

this is awesome! Only you, would go to any reasonable lengths to meet an online friend! And I'm sure that Lettie is so glad you did ;) Very nice of you to spend a day with her to take her mind off the worries of her husband.

Olive Garden was so appropriate for your lunch - When you're here your family :)